One of the main reasons that I continue to work with other women, is because it reminds me of where I could be, where I was, and where I never want to go. I am blessed that I did not have to go as far to the bottom as some have had to before they wanted to get and stay clean & sober.

I thank God everyday for my recovery. January 1, 2013 I celebrated twenty six years.

I share my experience, strength, and hope online. I don’t have much money, so I try to carry the message to try and help others find sobriety and serenity too. I was given this thing for free, and it is my job to keep it going to help show my gratitude for my “gift” of sobriety. I was taught that “a drug, is a drug, is a drug~~whether it be liquid form alcohol, or pill form drug”.

On the topic of meetings, my home group was the Northshore Group and the Industrial Group (in Galena Park). And…not all meetings are good! I have been to a few meetings, to where it focused on “personalities” instead of “principles”. My recovery came from AA’s 12 Steps the NA Steps were copied from AA. My sponsor told me that it was OK to leave a meeting. But…I have only walked out on a couple of them in twenty six years. She told me to try and see if I could make the meeting better, and try to help guide them back to the “solution” instead of the “problem”. But…if not then I could leave.

There was a hateful and sick man in our home group that had (supposedly) ten years sober! He was one angry and hateful SOB! He went around bragging that if we thought we were “powerless” he could show us that he was not. He showed us how he could make us angry (he did). Thank God, I had a sponsor with real~quality sobriety and she told me that he was NOT a good example of sobriety, and just because someone had (supposedly) so many years of not drinking or drugging did NOT guarantee “quality” sobriety! It was “quantity” versus “quality”. She told me to “stick with the winners”, and pick someone whose sobriety I admired and wanted for my sponsor. I have had many sponsors through the years~~one got drunk again, and one committed suicide~~thank God I made God my higher power not people. I have the same sponsor today that I started out with. She and her sponsor have shown me that it is possible to have “quality” and “quantity” sobriety.

Anyone who wants to stay clean & sober should read the Big Book~AA and a 12 and 12 Book~AA. My recovery came out of both of them. If I were your sponsor I would tell you to read the first three steps in the 12 X 12, and find the “principles” in each of the steps and write about it. I pray to God that you have hit your bottom, and really want to stay clean & sober. I will do whatever I can to help you stay sober. There is NOTHING that can get you drunk or high but you.

I too did everything that I could to NOT look at me. I am also a hard core “Al-anon”~~I began my journey with it on March 28, 1986. I was married for the second time to another Alcoholic. What is really weird is that my sponsor has been married four times too. —J The last one was a psychotic SOB! I was only married to him for a year( I only lived with him for a couple of months out of the whole time), it took me a year to get the divorce~~he was a drug addict, paranoid schizophrenic, and a pathological liar! Long story, for later too, maybe in my book.

Do not beat yourself up for your past. We are “powerless” over our past. I apply the Serenity Prayer to everything. The only thing that we can do anything about is ourselves, and that is with God’s help. We cannot change people, places, or things.

I just wanted you to know that God loves you no matter what. Our sobriety has to be our number one priority, above job husband/wife, or anything else, or else we have an excuse to use. It is true without sobriety we will continue to stay sick, and maybe go to prison or die. We will continue to keep reaping the “negative consequences” of our bad decisions until we stop doing the same shit and expecting different results.

God bless you all and keep you sober and serene. 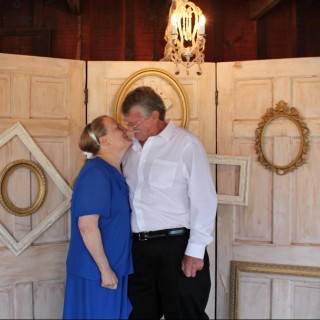 Celtic Woman – You Raise Me Up

You Raise Me Up – Josh Groban

When I Get Where I’m Going